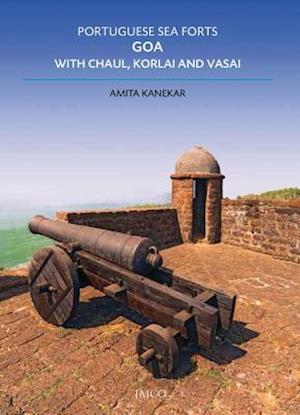 The Portuguese presence on the Arabian Sea coast of the Deccan dates from the beginning of the 16th century, with the establishment of Goa as the capital of a rapidly expanding maritime enterprise that eventually encompassed much of Asia. In order to protect the ships carrying their goods, merchants, troops and missionaries to India, the Portuguese constructed a string of seaside strongholds in and around Goa, and further up the coast of what is now Maharashtra. This guidebook is the first to showcase the vestiges of the Portuguese sea forts of the Deccan, drawing attention to their surviving battlemented ramparts and angular bastions, watchtowers and lighthouses, chapels and churches. While some forts have recently been restored, such as Reis Magos and Tiracol in Goa, others are now dilapidated and overgrown. This guidebook contains descriptions of all the major Portuguese sea forts of the region, illustrated with newly commissioned photographs and site maps.