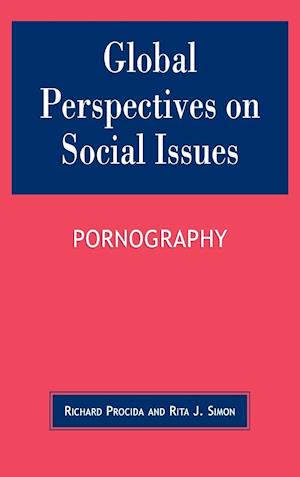 Pornography is a volatile issue in the United States_depending on the source of opinion, it can be viewed as either demeaning or empowering. Global Perspectives on Social Issues: Pornography asks whether the issue is similarly contentious around the world. Richard Procida and Rita Simon collect in this volume a wealth of data on laws, regulations, and public opinion regarding pornography in a wide sample of countries in both the West and the East. The authors pose and discuss the following questions: Is censorship of pornography correlated with authoritarianism? Does the censorship of pornography lead to the censorship of other more valuable speech, such as political or artistic speech? How much of a factor is pornography in violence against women and the sexual abuse of children? Is the United States more, or less, prudish than other nations around the world, particularly other Western democratic nations? The book reveals a variety of approaches to the treatment of pornography, providing sociologists, legal scholars, and women's rights activists with a valuable reference tool.