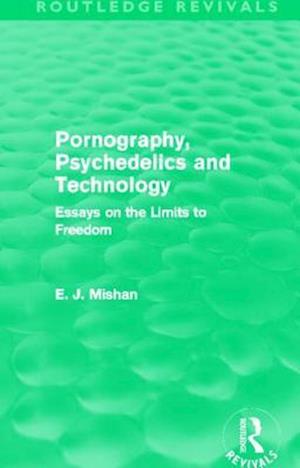 First published in 1980, Pornography, Psychedelics And Technology: Essays on the Limits to Freedom focuses on the crucial connections between technological growth and the more salient features of social malaise in the latter part of the twentieth century. Professor Mishan is one of the few economists absorbed by the larger social questions, and does not believe that the growth in state intervention and the decline of social liberty are simply the result of intellectual confusion and bureaucratic momentum. He sees them as unavoidable consequences of scientific and technical progress. While agreeing with many of his fellow economists in acknowledging the virtues of a competitive market economy, Professor Mishan is acutely aware of its limitations. Following the growth of self-styled liberation movements, seen as manifestations of a move towards a world of greater individual emancipation and fulfilment, the author nevertheless groups such movements together with the rising indices of violence, suicide, family breakdown and hooliganism, which have become indicative of a growing disorientation and social disintegration. These developments and the hazards they entail, however, are bound up with the rapid scientific and technological progress of the post-war world.