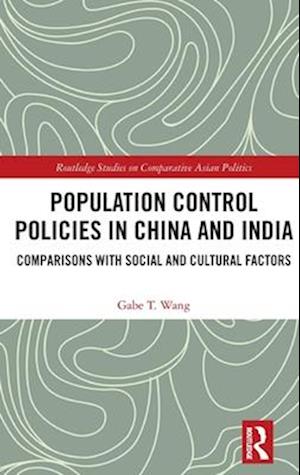 This book comprehensively compares the development of population control policies in China and India, their implementations, and the population changes over the past seven decades.Analysing how populations have changed and affected socioeconomic development in the two societies, this book systematically compares China and India through social and cultural factors including religion and traditional perspectives on population, ethnicity and language, social classes, family, the social status and education of women, and government functions. A brief introduction discusses how China has developed into a highly homogenous society and how India has developed into a highly diversified nation in history, and the different influence of other countries on these two societies. With empirical data, the book analyses how population changes are strongly correlated with economic development in the two most populous societies. An insightful discussion of the population issues with a world perspective and historical understanding of China and India is also provided.This book will be valuable reading to students and researchers interested in knowing more about the population policies, population changes and cultures and societies in China and India. The book will also be valuable to those who are interested in the future development of China and India.