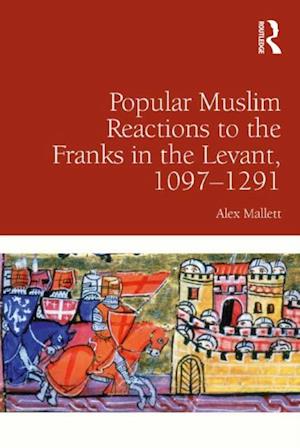 The issue of Muslim reactions to the Franks has been an important part of studies of both the Crusades and Islamic History, but rarely the main focus. This book examines the reactions of the Muslims of the Levant to the arrival and presence of the Franks in the crusading period, 1097-1291, focussing on those outside the politico-military and religious elites. It provides a thematic overview of the various ways in which these 'non-elites' of Muslim society, both inside and outside of the Latin states, reacted to the Franks, arguing that it was they, as much as the more famous Muslim rulers, who were initiators of resistance to the Franks. This study challenges existing views of the Muslim reaction to the crusaders as rather slow and demonstrates that jihad against the Franks started as soon as they arrived. It further demonstrates the difference between the concepts of jihad and of Counter-Crusade, and highlights two distinct phases in the jihad against the Franks: the 'unofficial jihad' - that which occurred before uniting of religious and political classes - and the 'official jihad' - which happened after and due to this unification, and which has formed the basis of modern discussions. Finally, the study also argues that the Muslim non-elites who encountered the Franks did not always resist them, but at various times either helped or were unresisting to them, thus focussing attention away from conflict and onto cooperation. In considering Muslim reactions to the Franks in the context of wider discourses, this study also highlights aspects of the nature of Islamic society in Egypt and Syria in the medieval period, particularly the non-elite section of society, which is often ignored. The main conclusions also shed light on discourses of collaboration and resistance which are currently focussed almost exclusively on the modern period or the medieval west.