- Essays in Honour of Simon Frith 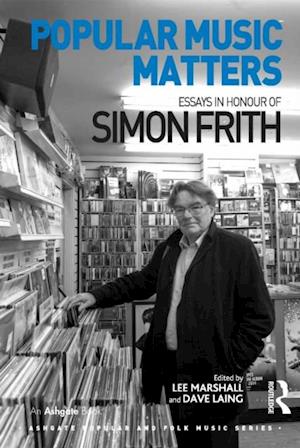 Simon Frith has been one of the most important figures in the emergence and subsequent development of popular music studies. From his earliest academic publication, The Sociology of Rock (1978), through to his recent work on the live music industry in the UK, in his desire to 'take popular music seriously' he has probably been cited more than any other author in the field. Uniquely, he has combined this work with a lengthy career as a music critic for leading publications on both sides of the Atlantic. The contributions to this volume of essays and memoirs seek to honour Frith's achievements, but they are not merely 'about Frith'. Rather, they are important interventions by leading scholars in the field, including Robert Christgau, Antoine Hennion, Peter J. Martin and Philip Tagg. The focus on 'sociology and industry' and 'aesthetics and values' reflect major themes in Frith's own work, which can also be found within popular music studies more generally. As such the volume will become an essential resource for those working in popular music studies, as well as in musicology, sociology and cultural and media studies.