- The Military Curch in Renaissance and Early Modern Europe 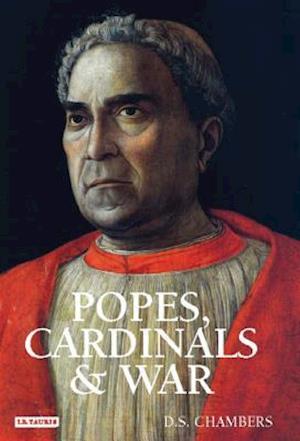 Can Christian clergy - supposedly men of peace - also be warriors? In this lively and compelling history D.S. Chambers examines the popes and cardinals over several centuries who not only preached war but also put it into practice as military leaders. Satirised by Erasmus, the most notorious - Julius II - was even refused entrance to heaven because he was 'bristling and clanking with bloodstained armour'. Popes, Cardinals and War investigates the unexpected commitment of the Roman Church, at its highest level of authority, to military force and war as well as - or rather than - peace-making and the avoidance of bloodshed. Although the book focuses particularly on the fifteenth and sixteenth centuries, a notoriously belligerent period in the history of the papacy, Chambers also demonstrates an extraordinary continuity in papal use of force, showing how it was of vital importance to papal policy from the early Middle Ages to the nineteenth century. Popes, Cardinals and War looks at the papacy's stimulus and support of war against Muslim powers and Christian heretics but lays more emphasis on wars waged in defence of the Church's political and territorial interests in Italy.It includes many vivid portraits of the warlike clergy, placing the exceptional commitment to warfare of Julius II in the context of the warlike activities and interests of other popes and cardinals both earlier and later. Engaging and stimulating, and using references to scripture and canon law as well as a large range of historical sources, Chambers throws light on these extraordinary and paradoxical figures - men who were peaceful by vocation but contributed to the process of war with surprising directness and brutality - at the same time as he illuminates many aspects of the political history of the Church.

Forfattere
Bibliotekernes beskrivelse Can Christian clergy - supposedly men of peace - also be warriors? This book examines the popes and cardinals over several centuries who not only preached war but also put it into practice as military leaders. Illustrations, maps