Pope Benedict XVI and the Politics of Modernity 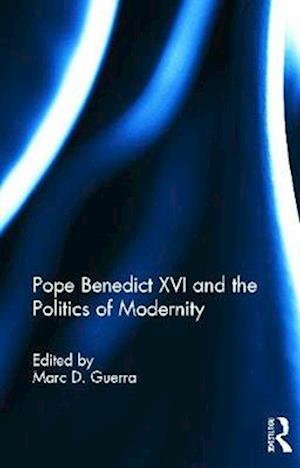 In Benedict XVI and the Politics of Modernity, distinguished scholars from North America and Europe examine Pope Benedict XVI's searching reflections on the challenges and prospects facing modern Western society. For more than five decades, Joseph Ratzinger/Pope Benedict XVI has made the subject of the continued health and vitality of Western civilization a focal point of his reflections. From his early (1968) Introduction to Christianity to his later (2005) Values in a Time of Upheaval, the Pope has argued that the preservation of the social, political, scientific, and spiritual way of life that characterizes modern Western societies hinges upon our rediscovery of the unique roots and distinctive nature of Western civilization.Focusing on Pope Benedict XVI's nuanced account as to why the modern West cannot currently afford to forget or neglect its premodern Hellenic and Christian roots, this book will interest religious and nonreligious people who are concerned about the future of democracy and religion in contemporary Western societies.This book was based on a special issue of Perpsectives on Political Science.