- Works on Paper by Philipp-Rudolf Humm 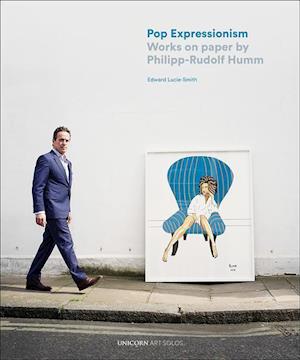 Philipp Rudolf Humm is a German/Belgian artist living in London. Humm started out to become an artist, yet got rejected by the Berlin Akademie. After completing a BA in Philosophy in Germany and an MBA at the IMD in Switzerland, Humm went on to have a successful corporate career, while continuing to work as an artist in his leisure time. On moving to London in 2012, he immersed himself fully into the art world. Initially pursuing painting alongside a demanding day job, Humm left the world of business to be a full-time artist in 2015. He has since studied painting at the London Fine Art Studios and sculpture at the Fine Art Academy in Florence. Humm's works are narrative figurative paintings; he works in collections, each of which is based on a theme. He combines contemporary styles with academic and old masters' techniques. Thematically, his work is influenced by his early studies of philosophy, where he specialised in existentialism, particularly the work of Heidegger and Sartre. In his practice, Humm is engaged with ideas of humanism, existential questions, consumerism and the impact of technology upon the human condition. The critic Edward Lucie-Smith, who has written extensively on Humm's work, says: `[His] paintings succeed, very often, because they offer the viewer an echo chamber, one that resounds with cultural references, ancient and modern. This description of how they work is a paradox in itself, since paintings are essentially things made to be seen, not to be heard, not to be listened to ... One of [the paintings'] most salient common characteristics, however, is the desire to communicate thoughts and ideas in the most efficient way possible. I think there can be no disagreement that this, in fact, is exactly what they do.'