Politics on a Human Scale 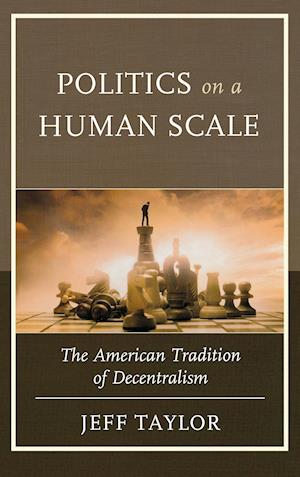 Featuring a foreword by Congressman Glen Browder, Politics on a Human Scale examines political decentralization in the United States, from the founding of the republic to the present.Part of the desirable equilibrium is a sense of proportionality. Some sizes, some amounts, some levels are more appropriate than others. Decentralism is the best political tool to ensure equilibrium, to promote proportionality, and to obtain appropriate scale. Power distribution should be as wide as possible. Government functions should be as close to the people as practicable. In this way, individual human beings are not swallowed by a monstrous Leviathan. Persons are not at the mercy of an impersonal bureaucracy led by the far-away few. Decentralism gives us politics on a human scale. It gives us more democracy within the framework of a republic. The longest chapters in the book deal with crucial turning points in U.S. history-specifically, when decentralists lost the upper-hand in the two major political parties. Decentralism in our nation runs deep, both intellectually and historically. It also has considerable popular support. Yet today it is a virtual political orphan. In Washington, neither major political party is serious about dispersing power to lower levels of government or to the people themselves. Still, there are dissident politicians and political movements that remain committed to the decentralist principle.Power needs to be held in check, partly through decentralization, because power holds a great and dangerous attraction for humans. Recognition of this human tendency is the first step in guarding against it and getting back on a better path.