Politics of Public Broadcasting in Britain and Japan

- The BBC and NHK Compared

indgår i serie Media, Culture and Social Change in Asia 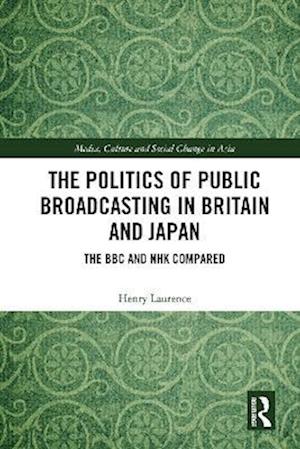 This book explores the remarkably similar national public broadcasters of Britain and Japan - the BBC and NHK. It considers the origins of both organizations in the 1920s, highlights how both have been major shapers of national life and national identity in their respective countries, how both have been significant innovators of broadcasting technology, and how both have high reputations for honest and balanced news reporting. It outlines how both have adapted to cope with successive major changes in the broadcasting landscape. The book also points out the major differences: the BBC's greater success at being commercial and entrepreneurial, the BBC's fierce protection of its editorial independence, often used to play a watchdog role in holding the powerful to account - which contrasts sharply with the approach of NHK, which cooperates with rather than confronts political elites, serving as an agent of social stability, whereas the BBC acts more as an agent of social change. As debates about the future of public broadcasting become more intense, this book provides useful evidence of how public broadcasting can be approached in different ways and how vital it is to democratic life.