indgår i serie Contributions to Economics 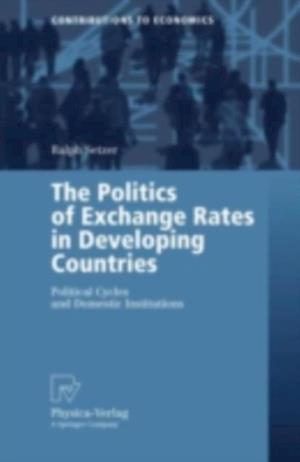 1. 1 The context What factors determine a country's exchange rate regime? Since the col- lapse of the Bretton Woods system of fixed exchange rates in 1973, eco- nomists have been increasingly interested in answering this question. Ana- lysts focused primarily on the possible influence of optimum currency area (OCA) criteria, such as a country's size, openness to trade, or factor mobi- lity. More recent approaches emphasized the nature and the sources of shocks to which an economy is exposed or explicitly took imperfections on financial markets into account. However, despite a large body of work, litt- le consensus has emerged about the determinants of exchange rate regime choice. The existing empirical literature could not identify a single variable as a clear predictor of exchange rate regime choice and even among eco- nomically comparable countries large discrepancies in exchange rate pol- icy have been observed (see, e. g. , the survey on the literature in Juhn and Mauro 2002). The inconclusiveness of traditional approaches to explain exchange rate regime choice is the stimulus for this dissertation. My main point is that political and institutional conditions help to account for differences in ex- change rate policy. Li other areas of economic policy, it has become stan- dard to argue that government's macroeconomic preferences are an impor- tant determinant in economic policymaking and should not be neglected when analyzing macroeconomic outcomes.