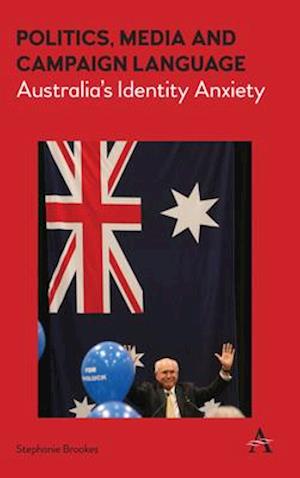 'Politics, Media and Campaign Language' is an original, groundbreaking analysis of the story of Australian identity, told through Australian election campaign language. It argues that the story of Australian identity is characterised by recurring cycles of anxiety and reassurance, which betray a deep underlying feeling of insecurity. Introducing the concept of identity security, it takes electoral language as its focus, and demonstrates that election campaigns provide a valuable window into an overlooked part of Australia's political and cultural history.This book reclaims Australian campaign speech and electoral history to tell the story of changing national values and priorities, and traces the contours of our collective conversations about national identity. Rare in Australian politics, this approach is more common in the United States where campaign language is seen as providing a valuable insight into the continuing cultural negotiation of the collective values, priorities and concerns of the national community. In this conception, political leaders have significant influence but must function within and respond to the complex and shifting dynamics of public and media dialogue, and to changing social, political and economic conditions.In this way, the book uses elections to provide a fresh perspective on both Australian political history and the development of Australian identity, bringing together, for the first time, a wide range of primary sources from across Australian electoral history: campaign speeches, interviews, press conferences and leaders' debates. The book grounds analysis of campaign communication in a range of textual examples and detailed case studies. These vivid case studies bring the narrative journey to life, drawing on those leaders who have successfully aligned themselves with the nation's values, priorities and plans for the future. The book also reintroduces readers to the alternative visions of those who were not successful at the ballot box, tracing campaign battles between competing narratives of what it means to be Australian.