Politics in South Africa - From Mandela to Mbeki

- From Mandela to Mbeki 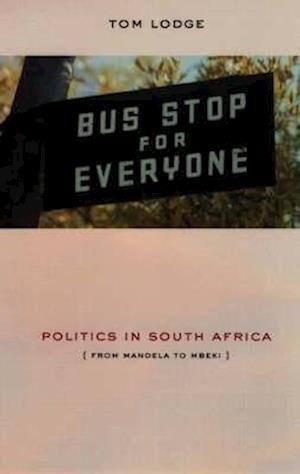 This insightful study, now completely revised and in its second edition, examines the pattern of politics that has emerged in South Africa under the Mandela and Mbeki administrations. In considering the changes brought about in power relations in the country since 1994, the book looks at, among other things, the shape of regional and local politics; land reform; the Truth and Reconciliation Commission; and the extent of political corruption. Further chapters consider the future prospects of South African democracy and provide assessments of both Nelson Mandela and his successor as President, Thabo Mbeki. This well-informed and crisply written introduction will appeal to both students of contemporary politics and general readers interested in the new democracy. Of the first edition, Professor Laurence Piper of the University of Natal has written: '...an exciting text .. the only up-to-date, general survey of South African politics...Given Lodge's empirical thoroughness, ability to integrate, analytical keenness and clear style there is no better candidate for the task [of introducing the country's politics]'.