Politics at the Margin

- Historical Studies of Public Expression outside the Mainstream 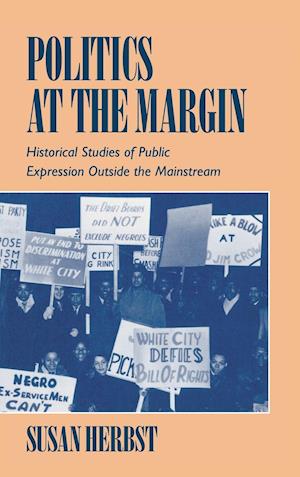 This book explores how a variety of historically marginalised groups create their own 'public spheres', parallel to the mainstream public arena. Since such groups have been excluded from conventional public discourse and activity, they build their own infrastructures for opinion formation and expression. The book draws upon theory in sociology, philosophy, political science, and communications in order to understand communication patterns among the politically marginal at different points in history. Three diverse historical case studies (female-operated salons of eighteenth-century Paris, the black press of the 1930s, and the creation of The Masses), and a contemporary analysis of the Libertarian Party, illuminate the experiences of those who live on the fringe of the public sphere. Through synthesis of existing scholarship, and original archival research, Politics at the Margin demonstrates the centrality of political communication to the study of social action.

Forfattere
Bibliotekernes beskrivelse Although there is a large body of popular and scholarly literature on multiculturalism, there are few communication-oriented studies of political outsiders. Politics at the Margin analyses how oppressed citizens - women, African Americans, and political radicals - create their own media for, and styles of, public expression. 12 Halftones, unspecified