Politics and Society in Imperial Rome

- Winterling, A: Politics and Society in Imperial Rome 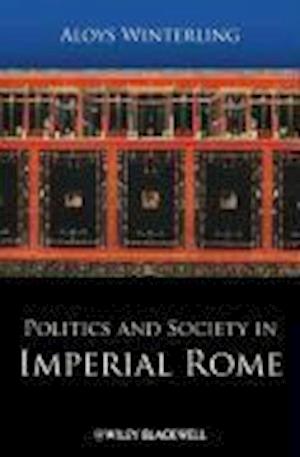 Politics and Society in Imperial Rome offers fresh new interpretations of the politics, society, and culture Rome's imperial era.* Argues that the early principate was fundamentally incompatible with the persisting structures of the Roman Republic* Demonstrates how these contradictory systems affected the development of Roman society* Includes case studies on the imperial court and the emperor Caligula, as well as chapters on the scholarship of Theodor Mommsen and Christian Meier

Forfattere
Bibliotekernes beskrivelse "This valuable book offers a fresh examination of the structure of Roman imperial government. By concentrating on the dual aspect of the imperial regimethe one part descending from the institutions of the Republic, the other emerging from the household of the emperorsWinterling frames his issue with admirable clarity.