Politics and Oil in Kazakhstan 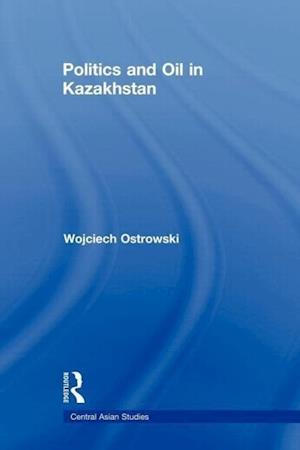 In Kazakhstan, the oil industry plays a crucial role in its economic and political life due to the country's considerable oil revenues and accompanying conflicting interests. As an arena of political struggle, this industry provides a good test case for uncovering regime maintenance techniques. This book examines the ways in which the post-Soviet Kazakh regime has managed to sustain itself in power, and the regime maintenance techniques it has used in the process of establishing and upholding its position. It scrutinizes the tools that the Kazakh regime employed in order to bring the country's oil industry under its control and, while doing so, shifts the emphasis from the prevalent zhuz-horde, tribe, and clan-based approaches to Kazakh politics towards corporatism and patron-client mechanisms of control. Based on extensive field work in Kazakhstan and in-depth interviews with high ranking representatives of companies working in Kazakhstan's oil and gas industry, both local and foreign, the National Oil Company and its subsidiaries, government agencies, foreign diplomats, journalists and representatives of oppositional parties and NGOs, this book provides a comprehensive study of the issues of politics of oil and state-business relationships in Kazakhstan.