Political Rationale and International Consequences of the War in Libya 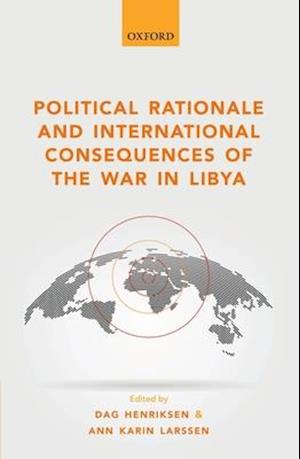 Political Rationale and International Consequences of the War in Libya focuses on the international intervention in Libya in 2011, and tries to answer two broad questions; (1) What was the political rationale for the various actors to proceed as they did in the lead-up and conduct of the military intervention in Libya?, (2) What are the consequences of the UN-authorized military intervention in Libya?R2P was the public raison d'etre of the war, and an important legitimizing factor of the intervention. Still, the humanitarian situation was a necessary, but not in and by itself an adequate precondition for intervention. A number of factors coalesced to enable the intervention. While the humanitarian situation triggered the intervention, in reality a variety of national interests governed the approach by the various international actors, and more often than not, these motives were notrooted in the particular circumstances in Libya.The book offers a combination of unique perspectives. While the perspectives of the US, France, and the UK on the Libyan Crisis/War have been well documented, the Arabic and Scandinavian political and military dynamics have been much less so. While the perspectives of NATO, the UN, and R2P have been debated, the view from the Arab League and African Union (AU) have been less in focus. The volume redresses that imbalance and offers the most broad-ranging analysis yet of a key moment in recentinternational relations.

Forfattere
Bibliotekernes beskrivelse This volume examines the political rationale for the various actors in the lead-up and conduct of the military intervention in Libya, and goes on to examine its broader consequences.