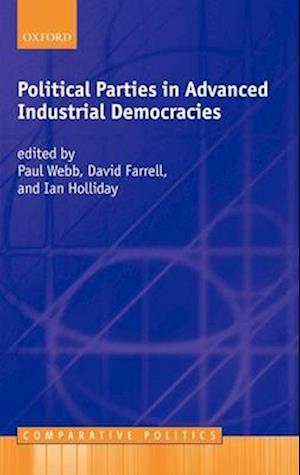 How relevant and vital are political parties in contemporary democracies? Do they fulfill the functions that any stable and effective democracy might expect of them, or are they little more than moribund anachronisms, relics of a past age of political life, now superseded by other mechanisms of linkage between state and society? These are the central questions which this book aims to address through a rigorous comparative analysis of political parties operating inthe world's advanced industrial democracies. Drawing on the expertise of an impressive team of internationally known specialists, the book engages systematically with the evidence to show that, while a degree of popular cynicism towards them is often chronic, though rarely acute, parties have adaptedand survived as organizations, remodelling themselves to the needs of an era in which patterns of linkage and communication with social groups have been transformed. This has enabled them to remain central to democratic systems, especially in respect of the political functions of governance, recruitment and, albeit more problematically, interest aggregation. On the other hand, the challenges they face in respect of interest articulation, communication and participation have pushed parties intomore marginal roles within Western political systems. The implications of these findings for democracy depend on the observer's normative and theoretical perspectives. Those who understand democracy primarily in terms of popular choice and control in public affairs will probably see parties ascontinuing to play a central role, while those who place greater store by the more demanding criteria of optimizing interests and instilling civic orientations among citizens are far more likely to be fundamentally critical. Comparative Politics is a series for students and teachers of political science that deals with contemporary issues in comparative government and politics. The General Editors are Max Kaase, Vice President and Dean of Humanities and Social Sciences, International University Bremen, and Kenneth Newton, Professor of Government at Southampton University. The series is published in association with the European Consortium for Political Research.

Forfattere
Bibliotekernes beskrivelse This book offers a survey of modern political parties and their role in contemporary democracy. The book argues that parties have adapted and survived as organizations, remodelling themselves to the needs of an era in which patterns of linkage and communication with social groups have been transformed. numerous tables and figures