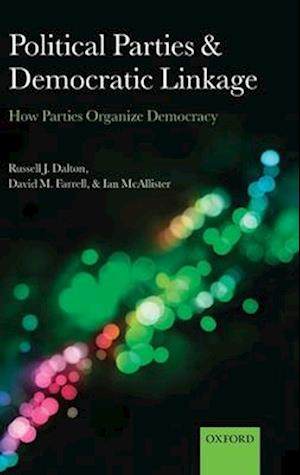 Is the party over? Parties are the central institutions of representative democracy, but critics increasingly claim that parties are failing to perform their democratic functions. This book assembles unprecedented cross-national evidence to assess how parties link the individual citizen to the formation of governments and then to government policies. Using the Comparative Study of Electoral Systems and other recent cross-national data, the authors examine theworkings of this party linkage process across established and new democracies. Political parties still dominate the electoral process in shaping the discourse of campaigns, the selection of candidates, and mobilizing citizens to vote. Equally striking, parties link citizen preferences to the choice ofrepresentatives, with strong congruence between voter and party Left/Right positions. These preferences are then translated in the formation of coalition governments and their policies. The authors argue that the critics of parties have overlooked the ability of political parties to adapt to changing conditions in order to perform their crucial linkage functions. As the context of politics and societies have changed, so too have political parties. Political Parties and Democratic Linkage argues that the process of party government is alive and well in most contemporary democracies.

Forfattere
Bibliotekernes beskrivelse Political Parties and Democratic Linkage examines how political parties ensure the functioning of the democratic process in contemporary societies. Based on unprecedented cross-national data, the authors find that the process of party government is still alive and well in most contemporary democracies.PRIZES:Winner of Winner of the 2012 GESIS Klingemann Prize for the Best CSES Scholarship.