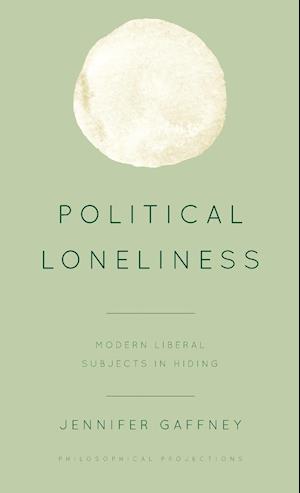 Political Loneliness: Modern Liberal Subjects in Hiding examines the political significance of the experience of loneliness. The book conceives of loneliness as a symptom of the political alienation of modern life. Its central claim is that neoliberal subjectivity has rendered us lonely. That is, that the political structures we have inherited from the liberal tradition-such as the anonymity of the vote, or the emphasis on representation rather than deliberation-have left us hidden from one another, unable to appear as members of a common world. In view of this, the author suggests that it is precisely this experience of loneliness that makes modern subjects vulnerable to totalitarian domination and the delusional fellowship that drives it. This work thus provides a frame for interpreting such phenomena as the rise of totalitarianism at the beginning of the twentieth century. The book makes an important contribution to the fields of liberal political theory, current continental philosophy, and critical theory, centering on debates within these fields that are oriented by issues in politics, ethics, and community.