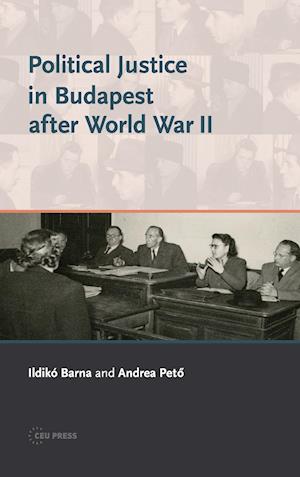 In Hungary, which fell under Soviet influence at the end of WWII, those who had participated in the wartime atrocities were tried by so called people's courts. This book analyses this process in an objective, quantitative way, contributing to the present timely discussion on the Hungarian war guilt. The authors apply a special focus on the gender aspect of the trials. Political justice had a specific nature in Hungary. War criminals began to be brought to trial while fighting was still underway in the western part of the country, well before the Nuremberg trials. Not only crimes committed during the war were tried in the same frame but also post-war ones. As far as the post-war period is concerned, legal proceedings regarding these crimes were most often launched on the basis of Act VII of 1946. This act of law concerned "the criminal law protection of the democratic constitutional order and the republic" and its basic aim was to facilitate the creation of a communist dictatorship and to deal with perceived or real enemies of the regime.