- Forced Migration and Cultural Appropriation in the Polish-German Borderlands, 1945-1948 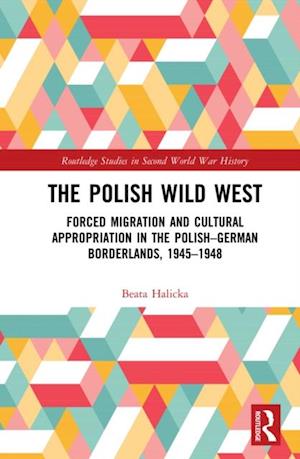 The incorporation of German territories east of the Oder and Western Neisse rivers into Poland in 1945 was linked with the difficult process of an almost total exchange of population and involved the taking over of a region in which the Second World War had effected an enormous level of destruction. The contemporary term 'Polish Wild West' not only alluded to the reigning atmosphere of chaos and 'survival of the fittest' in the Polish-German borderland but was also associated with a new kind of freedom and the opportunity to start everything anew. The arrival in this region of Polish settlers from different parts of Poland led to Poles, Germans and Soviet soldiers temporarily coming into contact with one another. Living together in this war-damaged space was far from easy.On the basis of ego-documents, the author recreates the beginnings of the shaping of this new society, one affected by a repressive political system, internal conflicts and human tragedy. In distancing oneself from the until-recently dominant narratives concerning expellees in Germany or pioneers of the 'Recovered Territories' in Poland, Beata Halicka tells the story of the disintegration of a previous cultural landscape and the establishment of one which was new, in a colourful and vivid manner and encompassing different points of view.