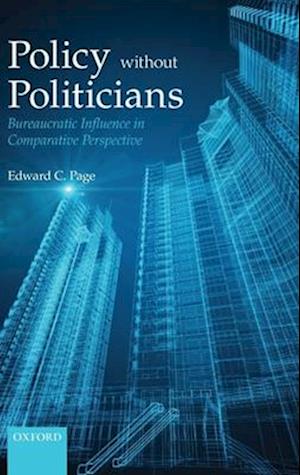 Biology and Physiology of Freshwater Neotropical Fish is the all-inclusive guide to fish species prevalent in the neotropical realm. It provides the most updated systematics, classification, anatomical, behavioral, genetic, and functioning systems information on freshwater neotropical fish species. This book begins by analyzing the differences in phylogeny, anatomy, and behaviour of neotropical fish. Systems such as cardiovascular, respiratory, renal, digestive, reproductive, muscular, and endocrine are described in detail. This book also looks at the effects of stress on fish immune systems, and how color and pigmentation play into physiology and species differentiation. Biology and Physiology of Freshwater Neotropical Fish is a must-have for fish biologists and zoologists. Students in zoology, ichthyology, and fish farming will also find this book useful for its coverage of some of the world's rarest and least-known fish species.Have bureaucrats taken over the decision making role of politicians? This book offers a direct assessment of the role of bureaucrats in policy making by analysing how they shape policy in making decrees - laws that generally do not pass through full legislative scrutiny. These are often described as "secondary legislation" and are known by a variety of names (including decrets, arretes, administrative regulations, Verordnungen, statutoryinstruments). Such decrees offer an important vantage point for understanding bureaucratic power not only because they account for a large proportion of policy making activity within the executive, but also because they are made largely away from the glare of publicity. If bureaucrats have strong policy making powers and usethem in a way that minimises political involvement in policy making, we would expect to find these powers especially evident in this "everyday" decision making. The book is based on research examining 52 decrees produced between 2005 and 2008 in six jurisdictions: France, the UK, Germany, Sweden, the United States and the European Union. The comparative perspective allows one to see how far different patterns of bureaucratic involvement in policy making are characteristic of particularpolitical systems and how far they are a general feature of modern bureaucracies. The book asks three main questions about how these decrees are produced: when do politicians become involved in making them? What happens when politicians become involved? And what happens when they are not involved? Theanswers to these questions are provided by examination of primary source material as well as interviews with over 90 officials.

Forfattere
Bibliotekernes beskrivelse Policy Without Politicians is a comparative study of the everday policy-making role of bureaucrats in six jurisdictions: France, US, Germany, Sweden, the EU, and the UK. It takes as its central focus the decrees and regulations that account for a large proportion of government activity and explores the role of civil servants in their production.