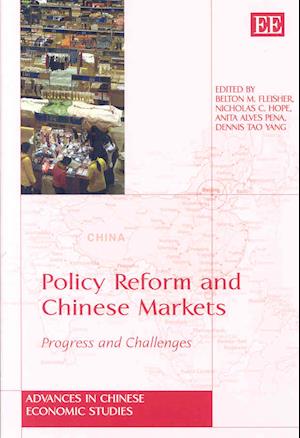 The evolution of China's market economy is one of the most important developments in the world economy in the twenty-first century. The diverse contributors to this book provide a unique set of essays that evaluate legal, regulatory, and economic aspects of China's transition from planned to market economy. While market-oriented policy reform in China has led to substantial growth and progress since the onset of the reform period in 1979, many challenges remain. This study begins with a general survey of China's transition to a market economy and is followed by more elaborate analyses of specific sectors. The authors consider China's changing regulatory structure and the relationships of this structure to Chinese markets, developments in markets for goods, services, and production factors, changing trade patterns, and the determinants of foreign direct investment and its role in overall capital formation. They provide a comprehensive assessment of market reforms in China. In-depth yet accessible, the book will be of great value to policy makers, business planners, students and researchers concerned with China, as well as those interested in the world economy at large.