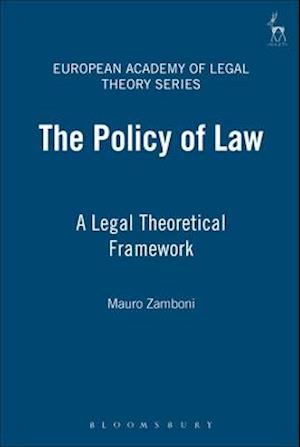 The book focuses on the relationship between law and politics as perceived by the legal community and more specifically, the transformation of politics into law. After exploring the relationship between law and politics as considered by the major modern schools of legal theory, the focus moves to the regions of interaction in which law and politics meet, termed the "policy of law." The policy of law is characterized in this work as the stage of the law-making process at which values entrenched in political decisions are transformed into legal concepts in order to fit the existing legal system. The space labeled as policy of law is today mainly (but not exclusively) the domain of legal actors. Consequently, the identification of a branch of the legal discipline specifically devoted to the investigation of the transformations of values into law is given: the policy of law analysis. Finally, whether and to what extent the policy of law analysis can be encompassed within the traditional legal discipline and, more particularly, as a part of jurisprudence, is explored. "Zamboni ranges broadly and knowledgeably over vast areas of legal theory.But it is no mere taxonomising - his argument is valuable and original. It is clear, learned and never boring." [Zenon Bankowski, University of Edinburgh].