- Networked and Social Media Technologies and the Challenges for Policing 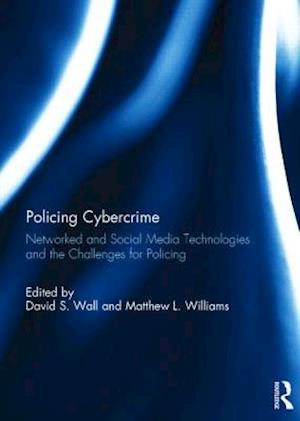 Cybercrime has recently experienced an ascending position in national security agendas world-wide. It has become part of the National Security Strategies of a growing number of countries, becoming a Tier One threat, above organised crime and fraud generally. Furthermore, new techno-social developments in social network media suggest that cyber-threats will continue to increase. This collection addresses the recent 'inertia' in both critical thinking and the empirical study of cybercrime and policing by adding to the literature seven interdisciplinary and critical chapters on various issues relating to the new generation of cybercrimes currently being experienced. The chapters illustrate that cybercrimes are changing in two significant ways that are asymmetrical. On the one hand cybercrime is becoming increasingly professionalised, resulting in 'specialists' that perform complex and sophisticated attacks on computer systems and human users. On the other, the 'hyper-connectivity' brought about by the exponential growth in social media users has opened up opportunities to 'non-specialist' citizens to organise and communicate in ways that facilitate crimes on and offline. While largely distinct, these developments pose equally contrasting challenges for policing which this book addresses.This book was originally published as a special issue of Policing and Society.