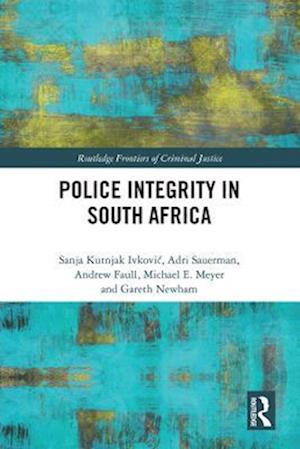 Policing in South Africa has gained notoriety through its extensive history of oppressive law enforcement. In 1994, as the country's apartheid system was replaced with a democratic order, the new government faced the significant challenge of transforming the South African police force into a democratic police agency-the South African Police Service (SAPS)-that would provide unbiased policing to all the country's people. More than two decades since the initiation of the reforms, it appears that the SAPS has rapidly developed a reputation as a police agency beset by challenges to its integrity.This book offers a unique perspective by providing in-depth analyses of police integrity in South Africa. It is a case study that systematically and empirically explores the contours of police integrity in a young democracy. Using the organizational theory of police integrity, the book analyzes the complex set of historical, legal, political, social, and economic circumstances shaping police integrity. A discussion of the theoretical framework is accompanied by the results of a nationwide survey of nearly 900 SAPS officers, probing their familiarity with official rules, their expectations of discipline within the SAPS, and their willingness to report misconduct. The book also examines the influence of the respondents' race, gender, and supervisory status on police integrity. Written in a clear and direct style, this book will appeal to students and scholars of criminology, policing, sociology, political science, as well as to police administrators interested in expanding their knowledge about police integrity and enhancing it in their organizations.