- Christians, Jews, and Muslims in Iberia and Beyond 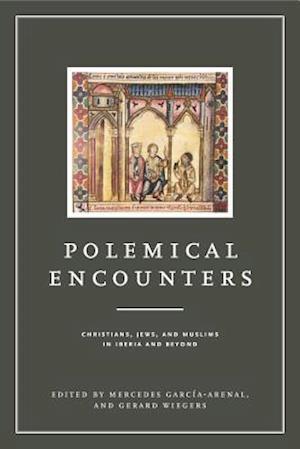 This collection takes a new approach to understanding religious plurality in the Iberian Peninsula and its Mediterranean and northern European contexts. Focusing on polemics-works that attack or refute the beliefs of religious Others-this volume aims to challenge the problematic characterization of Iberian Jews, Muslims, and Christians as homogeneous groups.From the high Middle Ages to the end of the seventeenth century, Christian efforts to convert groups of Jews and Muslims, Muslim efforts to convert Christians and Jews, and the defensive efforts of these communities to keep their members within the faiths led to the production of numerous polemics. This volume brings together a wide variety of case studies that expose how the current historiographical focus on the three religious communities as allegedly homogeneous groups obscures the diversity within the Christian, Jewish, and Muslim communities as well as the growing ranks of skeptics and outright unbelievers. Featuring contributions from a range of academic disciplines, this paradigm-shifting book sheds new light on the cultural and intellectual dynamics of the conflicts that marked relations among these religious communities in the Iberian Peninsula and beyond.In addition to the editors, the contributors are Antoni Biosca i Bas, Thomas E. Burman, Monica Colominas Aparicio, John Dagenais, Oscar de la Cruz, Borja Franco Llopis, Linda G. Jones, Daniel J. Lasker, Davide Scotto, Teresa Soto, Ryan Szpiech, Pieter Sjoerd van Koningsveld, and Carsten Wilke.

Forfattere
Bibliotekernes beskrivelse A collection of essays exploring the polemical encounters in the fields of religion and culture that took place among Jews, Christians, and Muslims in the Iberian Peninsula between the late Middle Ages and the seventeenth century. 6 Halftones, black and white