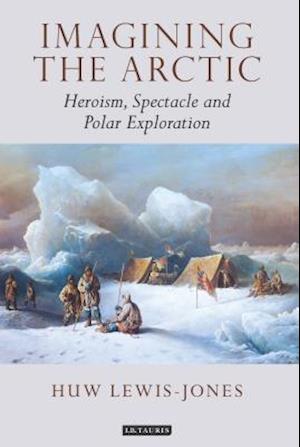 Imagining the Arctic explores the culture and politics of polar exploration and the making of its heroes. Leading explorers, the celebrity figures of their day, went to great lengths to convince their contemporaries of the merits of polar voyages. Much of exploration was in fact theatre: a series of performances to capture public attention and persuade governments to finance ambitious proposals. The achievements of explorers were promoted, celebrated, and manipulated, whilst explorers themselves became the subject of huge attention. Huw Lewis-Jones draws upon recovered texts and striking images, many reproduced for the first time since the nineteenth century, to show how exploration was projected through a series of spectacular visuals, helping us to reconstruct the ways that heroes and the wilderness were imagined. Elegantly written and richly illustrated, Imagining the Arctic offers original insights into our understanding of exploration and its pull on the public imagination.

Forfattere
Bibliotekernes beskrivelse Imagining the Arctic explores the culture and politics of polar exploration and the making of its heroes. 96 bw integrated