- A Cultural and Social History 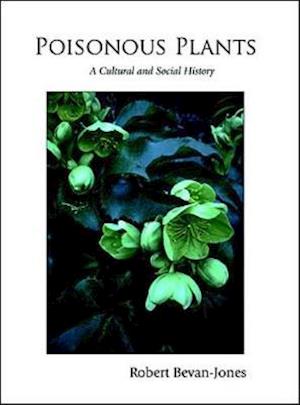 The botanical history of Britain and North West Europe has a dark and a light side. Plants have been used as weapons to harm people, taken deliberately as addictive drugs and also employed as tools in witchcraft and used as magical amulets. Yet many of these same plants have been medicinally vital to numerous European communities; as the author notes, frequently the only difference between a benevolent medicine and a poison is dosage. In this book, which is richly illustrated with modern colour photographs and illustrations from herbals, Robert Bevan-Jones brings together a wealth of documentary and archaeo-botanical sources to discuss the cultural, social (and anti-social) role of the fifty most significant species of poisonous plants and fungi found in Britain, either as natives or as introductions. An introductory essay puts into context the development of British society's knowledge of toxic plants: the 'cultural botany' applied in Britain today has evolved over thousands of years, absorbing information from European texts and importing useful plants from Europe, such as the mandrake.The book's central A to Z section - from aconite to yew - then informs the reader about the history and uses of 43 species of poisonous plants, especially those that have a documented history of medicinal usage. Four important fungi species - death cap, liberty cap, fly agaric and ergot - also have separate essays. As well as the plants' histories and appearance, their chemical constituents receive coverage; these give them powerful and diverse properties, which demand our admiration and respect. The book aims to add to the knowledge offered by field identification guides, and help reduce the risk associated with accidental ingestion. Case histories are given in as much detail as possible and the information will hopefully help the reader understand the properties of plants they may encounter, either in an archaeological, botanical or horticultural context. Most of these plants can yet be found growing in woodlands, parks, botanical gardens, roadsides, waterways, churchyards and abbey sites. This is an essential book not only for botanists and historical ecologists, but also for anyone interested in the toxic plant traditions of Britain and Europe.

Forfattere
Bibliotekernes beskrivelse The botanical history of Britain and North West Europe has a dark and a light side. Plants have been used as weapons to harm people, taken deliberately as addictive drugs and also employed as tools in witchcraft and used as magical amulets.