Poets and the Fools Who Love Them

- A Memoir in Essays 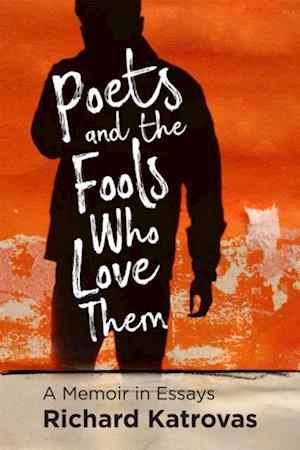 Poets and the Fools Who Love Them blends autobiography with cultural commentary and meditates on creative writing as a cottage industry within humanities higher education. Celebrated poet and memoirist Richard Katrovas examines his picaresque early years with a criminal father, a beleaguered mother, and four siblings as state and federal authorities pursued the family across the highways of America. His freewheeling, wide-ranging essays consider, among other social constructs, the relation of crime and art, and the relation of both to the authority of the state, particularly in terms of race and class. Katrovas speaks candidly about how white privilege facilitated his father's criminal career, as a lifestyle of larceny and used-car scams, perpetuated state to state, would have surely had different implications for a family of color. Drawing on his adulthood in academe, Katrovas's memoir in essays chronicles a quest to locate surrogate fathers among older poets and other creative writers, and reflects upon the ways in which that search has affected his role as the father to three Czech American daughters. The book flows from the love of a poet for other poets, for the 'community of poets,' one likened to a 'gang of priests' and a 'herd of bears.' Katrovas maintains that most lovers of poets are themselves poets, and those lovers of poets who are not themselves poets are saints.At its heart, Poets and the Fools Who Love Them contemplates, with care and unabashed honesty, the role of art and the artist in the madcap twenty-first century.