Poetry in Dialogue in the Duecento and Dante 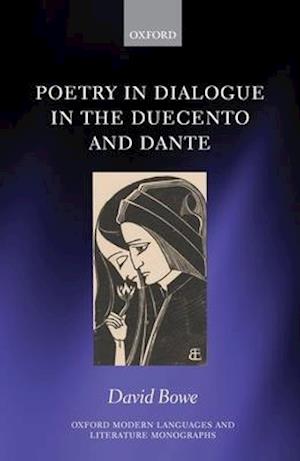 'Metalepsis' is a term from classical rhetoric, but in the twentieth century, it was re-framed more broadly as a crossing of the boundaries that separate distinct narrative worlds. This modern notion of metalepsis, introduced by Gerard Genette, has so far largely been theorized on the basis of examples from post-modern novels and films. Yet metalepsis has a much greater potential to address all sorts of transgressions between 'worlds' or 'levels', not only inpost-modern but also pre-modern literature.This volume explores metalepsis in classical antiquity, considering questions such as: if metalepsis consists fundamentally in the breaking down of barriers, what sort of barriers and what sort of transgressions can the concept be fruitfully applied to? Can it be used within approaches other than narratology? Does metalepsis require recognisable levels of reality and fictionality, and if so, what role might be played by other planes, such as the past, the mythical or the divine? What form doesmetalepsis take in less obviously 'narrative' genres, such as lyric poetry? And how should it be understood in visual media? Reflecting on these questions sheds new light on important dynamics in ancient texts, and advances literary theory by probing how explorations of ancient metalepsis mightchange, refine, or extend our understanding of the concept itself.Poetry in Dialogue in the Duecento and Dante provides a new perspective on the highly networked literary landscape of thirteenth- and fourteenth-century Italy. It demonstrates the fundamental role of dialogue between and within texts in the works of four poets who represent some of the major developments in early Italian literature: Guittone d'Arezzo, Guido Guinizzelli, Guido Cavalcanti, and Dante. Rather than reading the cultural landscape throughthe lens of Dante's works, significant though they may be, the first part of this study reconstructs the rich network of literary, especially poetic dialogue that was at the heart of medieval writing in Italy. The second part uses this reconstruction to demonstrate Dante's engagement with, and indebtedness to, thedynamics of exchange that characterised the practice of medieval Italian poets. The overall argument-for the centrality of dialogic processes to the emerging Italian literary tradition-is underpinned by a conceptualisation of dialogue in relation to medieval and modern literary theory and philosophy of language. By triangulating between Brunetto Latini's Rettorica, Mikhail Bakhtin's 'dialogism', and as sense of 'performative' speech adapted from J. L. Austin, Poetry inDialogue shows the openness of its corpus to new dialogues and interpretations, highlighting the instabilities of even the most apparently fixed, monumental texts.

Forfattere
Bibliotekernes beskrivelse Examining phenomena from Greek and Latin literature through the lens of metalepsis, this volume sheds new light on central features and important dynamics in ancient texts, and advances literary theory by probing how explorations of ancient metalepsis might change, refine, or extend our understanding of the concept itself.This volume explores poetic dialogue and dialogic patterns in medieval vernacular Italian poetry. It focuses on representations of conversion narratives and poetic subjectivity