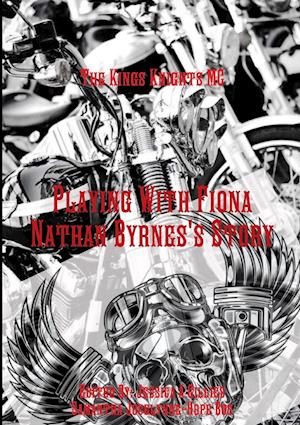 Nathan is a high school football coach, and prospects for The Kings Knights MC in his free time. He lost his mother at nine and has a brother in boarding school in Philadelphia. His new neighbour is hard to resist but when he has one taste he screws it up, resulting in him almost being thrown out of the club. All hell breaks loose when her brother rips him a new one. Can he prove he's worthy of her, the club says don't give up on your one but he may not have a choice in the matter! Does Nathan continue playing with Fiona? Fiona is a successful author and had one relationship but the man was a monster and raped her, he destroyed her trust in people. She only had her big brother Kristopher to count on, her hot neighbour stirs shit but he bit off more than he can chew because when her brother comes home all hell breaks loose! Does Fiona stand a chance at converting a player into a cuddler? Can love conquer all in this game of cat and mouse or does Fiona?s brother drive the football coach away?