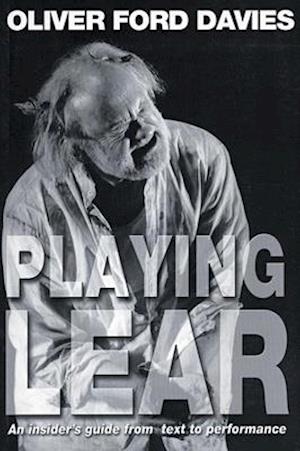 A unique insight into Shakespeare's most monumentally complex character - and the play that bears his name - from a widely experienced actor and former academic. The seeds of this book were sown when the renowned Almeida Theatre asked Oliver Ford Davies to play King Lear in their forthcoming production...Playing Lear is not just a rehearsal diary - though Ford Davies shows us much of the process involved in finding his character. Rather, the book is a companion-guide to the whole notion of Lear, written from the inside by a mightily experienced actor (formerly both an academic and a drama critic) who brings a restless and questing intelligence to the infinitely complex business of 'playing Lear'.