- An insider's guide from text to performance 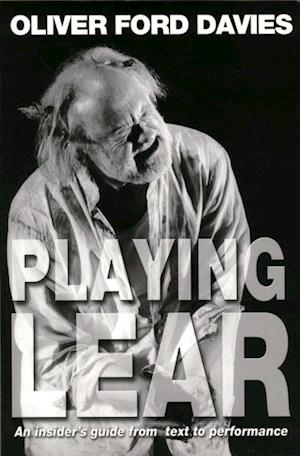 A unique insight into Shakespeare's most monumentally complex character - and the play that bears his name - from a highly respected actor and former academic. The genesis for Playing Lear came when Oliver Ford Davies was asked to play Lear for the Almeida Theatre in 2002. The book is both an in-depth analysis of the play, in which the author looks at the many possible interpretations of both play and character, and a rehearsal diary in which we see the author's personal journey through the role, starting with his re-examination of the text and culminating in the first night performance and beyond. Playing Lear comes with 16 pages of production photographs, and is written with great clarity and perception and with all the rigour and authority one would expect from a former academic and drama critic. 'Of the many books I have read about acting Shakespeare, this is one of the most intelligent and honest' John Barton 'One of the most moving and intelligent Lears I have ever seen ... such truth, and such clarity, that one feels like cheering' Charles Spencer, Daily Telegraph