Played by the Book 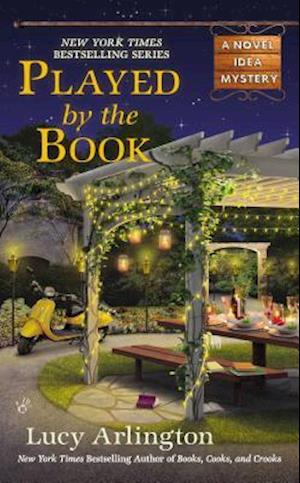 The New York Times bestselling Novel Idea Mysteries make their return with Lila Wilkins, literary agent and "murder magnet," planning a book signing garden party. But things aren't coming up roses when she has to weed out a dangerous killer... The owner of the Novel Idea Literary Agency is thrilled when former local boy and popular television show host Damian York returns to Inspiration Valley, North Carolina, to launch his new gardening book. But Lila is less than excited about the hubbub when she sees her mounting to-do list. Between planning York's gala and sprucing up her yard for another event, she's spread too thin--especially after she finds a skull buried in her flowerbeds. As Lila's macabre discovery leads to other secrets hidden in Inspiration Valley's past, a member of the local garden club is found slumped over her prize roses--murdered. Now it's up to Lila to dig through old mysteries and new clues to unearth a murderer before someone else is found pushing up daisies...