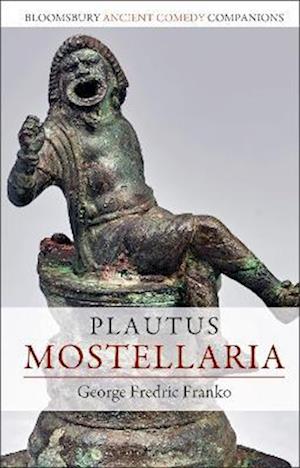 Plautus' Mostellaria is one of ancient Rome's most breezy and amusing comedies. The plot is ridiculously simple: when a father returns home after three years abroad, a clever slave named Tranio devises deceptions to conceal that the son has squandered a fortune partying with pals and purchasing his prized prostitute's freedom. Tranio convinces the gullible father that his house is haunted, that his son has purchased the neighbor's house, and that he must repay a moneylender. Plautus animates this skeletal plot with farcical scenes of Tranio's slapstick abuse of a rustic slave, the young lover's maudlin song lamenting his prodigality, a cross-gender dressing routine, a drunken party, a flustered moneylender, spirited slaves rebuffing the father, and Tranio hoodwinking father and neighbor simultaneously. This is the first book-length study of Mostellaria in its literary and historical contexts. It aims to help readers and theater practitioners appreciate the script as both cultural document and performed comedy. As a cultural document, the play portrays a range of Roman preoccupations, including male ideologies of the acquisition, use and abuse of property, relations between owners and enslaved persons, the traffic in women, tensions between city and country, the appropriation and adaptation of Greek culture, and the specters of ancestry and surveillance. As a performed comedy, the play celebrates the power of creativity, improvisation and metatheater. In Mostellaria's farce, sleek simplicity replaces complexity as Plautus aggrandizes his comic hero by stripping plot to the minimum and leaving Tranio to operate alone with no resources other than his quick wit. A chapter on Mostellaria's reception considers modernity's continuing fascination with Plautine farce and trickery.