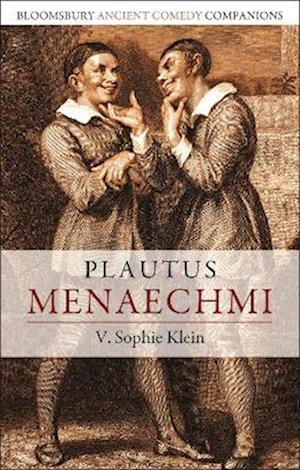 This new volume in the Bloomsbury Ancient Comedy Companions series is perfect for students coming to one of Plautus' most whimsical, provocative, and influential plays for the first time, and a useful first point of reference for scholars less familiar with Roman comedy. Menaechmi is a tale of identical twin brothers who are separated as young children and reconnect as adults following a series of misadventures due to mistaken identity. A gluttonous parasite, manipulative courtesan, shrewish wife, crotchety father-in-law, bumbling cook, saucy handmaid, quack doctor, and band of thugs comprise the colourful cast of characters. Each encounter with a misidentified twin destabilizes the status quo and provides valuable insight into Roman domestic and social relationships. The book analyzes the power dynamics at play in the various relationships, especially between master and slave and husband and wife, in order to explore the meaning of freedom and the status of slaves and women in Roman culture and Roman comedy. These fundamental societal concerns gave Plautus' Menaechmi an enduring role in the classical tradition, which is also examined here, including notable adaptations by William Shakespeare, Jean Fran ois Regnard, Carlo Goldoni and Rodgers and Hart.