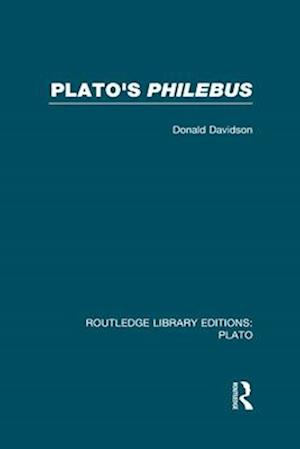 The Philebus is hard to reconcile with standard interpretations of Plato's philosophy and in this pioneering work Donald Davidson, seeks to take the Philebus at face value and to reassess Plato's late philosophy in the light of the results. The author maintains that the approach to ethics in the Philebus represents a considerable return to the methodology of the earlier dialogues. He emphasizes Plato's reversion to the Socratic elenchus and connects it with the startling reappearance of Socrates as the leading voice in the Philebus.