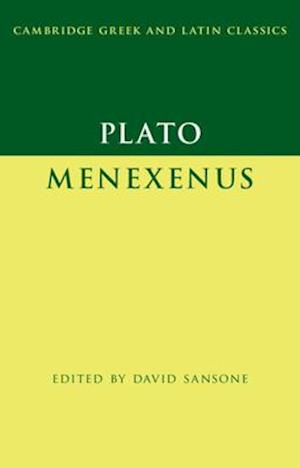 Plato challenges his readers by depicting an elderly Socrates as an enthusiastic student of rhetoric who has learned from his teacher Aspasia to recite an inspiring funeral oration, an oration that conspicuously refers to events occurring after the deaths of Socrates and Aspasia, an oration that Aspasia, as a woman and a non-Athenian, was not eligible to deliver over the Athenians who died in war. This commentary, the first in English in over 100 years, assists the modern reader in confronting Plato's challenge. The Introduction sets the dialogue in the context of the traditional Athenian funeral oration and of Plato's ongoing critique of contemporary rhetoric. The Commentary, which is well suited to the needs and interests of intermediate students of Classical Greek, provides guidance on grammatical and historical matters, while allowing the student to appreciate Plato's mastery of Greek prose style and critique of democratic ideology.