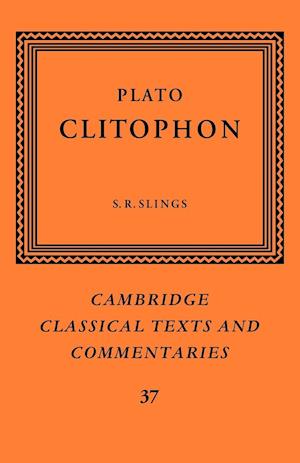 The Clitophon, a dialogue generally ascribed to Plato, is significant for focusing on Socrates' role as an exhorter of other people to engage in philosophy. It was almost certainly intended to bear closely on Plato's Republic and is a fascinating specimen of the philosophical protreptic, an important genre very fashionable at the time. This 1999 volume is a critical edition of this dialogue, in which Professor Slings provides a text based on an examination of all relevant manuscripts and accompanies it with a translation. His extensive introduction studies philosophical exhortation in the classical era, and tries to account for Plato's dialogues in general as a special type of exhortation. The Clitophon is seen as a defence of the Platonic dialogue. The commentary elucidates the Greek and discusses many passages where the meaning is not entirely clear.