- The Entangled Politics of Afforestation 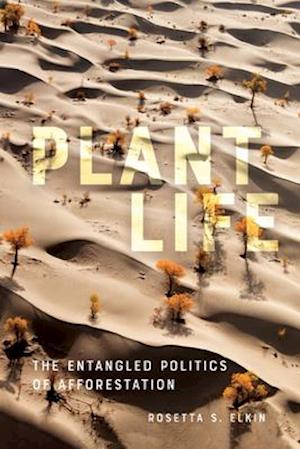 How afforestation reveals the often-concealed politics between humans and plantsIn Plant Life, Rosetta S. Elkin explores the procedures of afforestation, the large-scale planting of trees in otherwise treeless environments, including grasslands, prairies, and drylands. Elkin reveals that planting a tree can either be one of the ultimate offerings to thriving on this planet, or one of the most extreme perversions of human agency over it. Using three supracontinental case studies-scientific forestry in the American prairies, colonial control in Africa's Sahelian grasslands, and Chinese efforts to control and administer territory-Elkin explores the political implications of plant life as a tool of environmentalism. By exposing the human tendency to fix or solve environmental matters by exploiting other organisms, this work exposes the relationship between human and plant life, revealing that afforestation is not an ecological act: rather, it is deliberately political and distressingly social. Plant Life ultimately reveals that afforestation cannot offset deforestation, an important distinction that sheds light on current environmental trends that suggest we can plant our way out of climate change. By radicalizing what conservation protects and by framing plants in their total aliveness, Elkin shows that there are many kinds of life-not just our own-to consider when advancing environmental policy.