- White Powder of Gold and the Christian Forgery 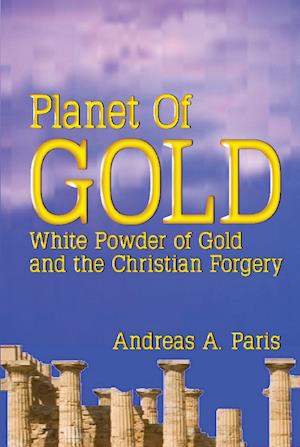 Planet of Gold is a fascinating and meticulously researched account of the first stirrings of the Earth, when alien gods mastered our universe. Paris' hypothesis of these gods sending tons of gold from our planet may challenge your beliefs, but with great skill, he weaves a believable and astounding conclusion of why religions developed and how these beliefs have become permanently intertwined in our history. The gold of Earth, transformed into a 'monatomic super-conducting gold powder', could bring health and longevity. Additionally, it was a powerful and clean energy source. The knowledge about gold powder was the explicit privilege of the gods. For us, it has been classified as 'forbidden knowledge.' The gold, and the gold powder, was the reason behind such events as the creation of man, the confusion of the tongues, the destruction of cities, and the introduction of religions like Christianity and Islam. Their action, to violently deprive us from using gold powder, is visible in our current state of being: a world dominated by diseases, mental enslavement by religious dogmas, and pollution leading to a climate crisis. This book is a stunningly revealing look at ancient kings, prophets, secret societies, the Holy Inquisition, the Bible, and other religious teachings. Planet of Gold will open your eyes to an entirely different way of observing your faith and your world.