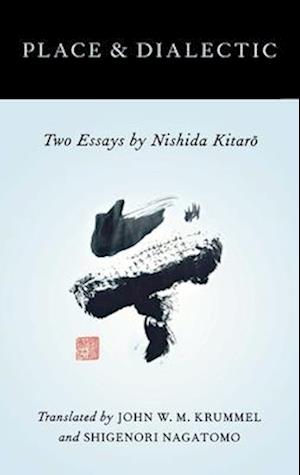 This book presents two essays by Nishida Kitaro, translated into English for the first time by John Krummel and Shigenori Nagatomo. Nishida is widely regarded as one of the father figures of modern Japanese philosophy and as the founder of the first distinctly Japanese school of philosophy, the Kyoto school, known for its synthesis of western philosophy, Christian theology, and Buddhist thought. The two essays included here are ''Basho'' from 1926/27 and ''Logic andLife'' from 1936/37. Each essay is divided into several sections and each section is preceded by a synopsis added by the translators. The first essay represents the first systematic articulation of Nishida's philosophy of basho, literally meaning ''place,'' a system of thought that came to be knownas ''Nishida philosophy.'' In the second essay, Nishida inquires after the pre-logical origin of what we call logic, which he suggests is to be found within the dialectical unfoldings of world-history and human society. A substantial introduction by John Krummel considers the significance of Nishida as a thinker, discusses the key components of Nishida's philosophy as a whole and its development throughout his life, and contextualizes the translated essays within his oeuvre. The Introductionalso places Nishida and his work within the historical context of his time, and highlights the relevance of his ideas to the global circumstances of our day. The publication of these two essays by Nishida, a major figure in world philosophy and the most important philosopher of twentieth-century Japan,will be of significant value to the fields not only of Asian philosophy and East-West comparative philosophy but also of philosophy in general as well as of theology and religious studies.