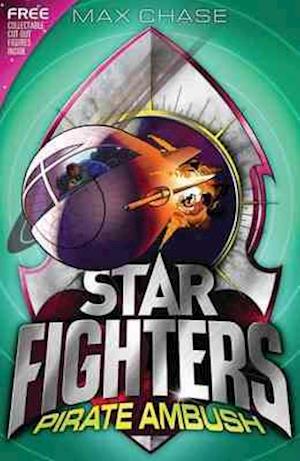 It is the year 5012 and the Milky Way galaxy is under attack. After the Universal War, a war that almost brought about the destruction of every known universe, the planets in the Milky Way banded together to create the Intergalactic Force - an elite fighting team sworn to protect and defend the galaxy. Only the brightest and most promising students are accepted into the Intergalactic Force Academy, and only the very best cadets reach the highest of their ranks and become . . . STAR FIGHTERS!Having returned from their last mission unscathed, Peri, Diesel and the crew finally earn their STAR FIGHTER badges. Now as fully fledged pilots they are given their first real mission. When the Intergalactic Force Space Station was destroyed by the Xions, a notorious space pirate, Jaxx, escaped. Their new mission is to capture and return Jaxx so that he can stand trial. But known space is vast and Peri and Diesel must use all their cunning to locate the wily pirate.