- Three Middle Eastern Castles from the Time of the Crusades 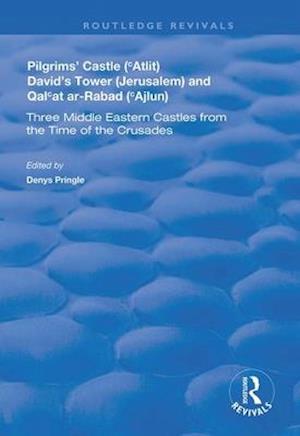 First published in 1997, this collection includes papers on Crusader-era architecture in Palestine with a focus on 'Atlit, the castle of 'Ajlun and on the Citadel of Jerusalem, both the papers and sites of which have previously been difficult to access. The volume is presented partly to repair the very real deficit in the literature on Crusader architecture and partly as a fitting memorial to the author, who died in 1992. 'Atlit in particular held a special significance for C.N. Johns, being the site of his first major project as a field archaeologist. His Guide to 'Atlit, a masterly summary of his findings, remains the most complete and comprehensive account of the castle and its suburb.The studies collected here pay tribute to their author's enduring contribution to the medieval archaeology of the Near East. The first part of the book deals with the 'Pilgrim's Castle', the great Templar fortress and town at 'Atlit. The significance of Johns' excavations at this site has been relatively neglected, because it remains in a military area, inaccessible to visitors, and because almost the entire stock of his major publication was lost in 1947. This 'Guide to 'Atlit', a synthesis of historical, archaeological and architectural research on the monument, is reprinted here together with all the interim reports relating to the medieval period. Also included are Johns' studies on the Citadel of Jerusalem, the 'Tower of David', and on the Islamic castle of 'Ajlun. Together, they represent a fundamental contribution to the study of the period of the Crusades and to the military architecture of the Middle Ages. The notes by Denys Pringle bring the accounts up to date in the light of recent research.