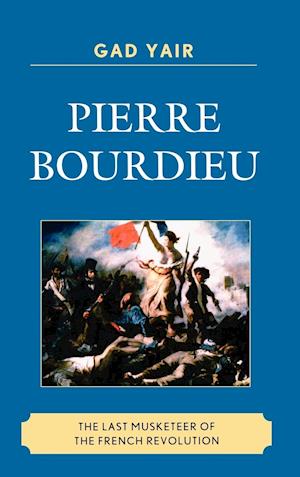 Pierre Bourdieu: The Last Musketeer of the French Revolution argues that Bourdieu appointed himself as the representative of the French people and acted as its National Assembly. In that capacity, he set himself to work with the charter of the preamble toThe Declaration of the Rights of Man and the Citizen to remind the members of the social body of their rights and obligations; to monitor the legislative and executive powers and compare them with the Republican purposes of ideal political and social agendas decreed by the revolutionaries of 1789; and, overall, to maintain the tenets of the French constitution. In that sense, like d'Artagnan in Dumas'The Three Musketeers, Bourdieu took it upon himself to be the fighter for true France, namely the keeper of the Republican tradition of the French Revolution. Bourdieu's entire oeuvre was indeed motivated by the failed promise of the French Revolution and by the demise of its most noble ideals. His passionate analyses-of educational stratification, cultural production and consumption, gender relations, the social structure of the economy, and the effects of globalization-were always carried out with the moral benchmark of the revolution in mind. Bourdieu was indeed passionately tied to the values of the French Revolution, notably to liberty and meritocracy, to social equality and to the democratization and universalization of government. But wherever he looked, he saw those values betrayed by the very people who argued for their implementation, and by the governmental bodies which were devised in order to guarantee their effectiveness. Committed to the values of the Declaration, he was constantly frustrated by the betrayals of universalization by the Fifth Republic.