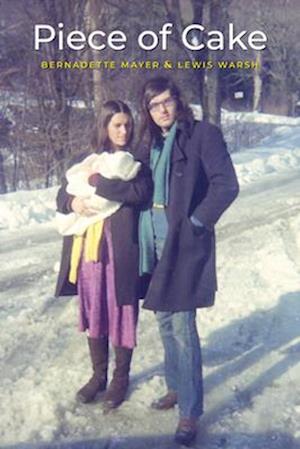 Bernadette Mayer and Lewis Warsh wrote Piece of Cake as a work of collaborative prose poetry, based on a process of each writing on alternate days in the course of August of 1976--the bicentennial year of the America's Declaration of Independence. It recounts the quotidian details of daily activities, negotiating the exigencies of young, married-with-children life, the artistic path and citizenship. It has the classic "I did this, I did that" of a New York School of Poetry text, as characterized by the poetry of Frank O'Hara, and is somewhat reminiscent of Mayer's work Studying Hunger Journal, written not long before taking up Piece of Cake. Another distinguishing feature of this work is that it is arguably the first significant male-female collaboration in 20th century American poetry. Regarding the possible derivation of the work's title, and exemplary of the work's tenor, is the start of Warsh's entry of August 29: "I also recall getting up and eating a piece of left-over cake (a very sweet store-bought cake with green or possibly pinkish icing) and drinking a glass of milk at the kitchen window. Empty streets, no moon. Michael and Twinkie asleep on the floor of Bernadette's room, Guy and Karen in mine, Bill on the couch in the living room. Marie in her crib. Everyone 'dead to the world, ' a phrase I dislike, what a full house."