- The Political Life of Alice Bacon 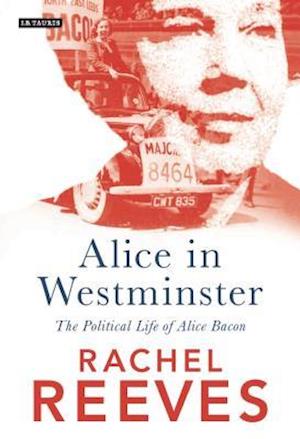 Alice Bacon was one of the twentieth-century's most remarkable female politicians. Born and raised in the Yorkshire town of Normanton, she defied the odds to be elected Labour MP for Leeds North East in the 1945 General Election. Famed in her home town for her unlikely love of sports cars, she was a much-respected, no-nonsense, hard-working representative for her beloved Yorkshire home in Westminster. Mentored by Herbert Morrison and Hugh Gaitskell, she rose through the party becoming a Home Office minister under Roy Jenkins and latterly an Education Minister with responsibility for the introduction of comprehensive schools. In the Home Office in the 1960s she oversaw the introduction of substantial societal changes, including the abolition of the death penalty, the decriminalisation of homosexuality and the legalisation of abortion. Her political career spanned some of the most momentous decades in Britain's postwar history and she played an integral part in some of the most significant social, educational and political changes which the country has ever witnessed.Labour MP Rachel Reeves here tells Alice Bacon's story, narrating one woman's extraordinary progression from the coalfields to the Commons.